Tag: the application of gelatin

In food ingredients, the application of gelatin in food. We will find that most of them will have gelatin. Gelatin is widely used in the food industry.

Application of edible gelatin in food

Gelatin has a wide range of applications in food. Such as meat products, minced meat, frozen meat, candy, ice cream, yogurt products, beer clarification, etc. Food production is inseparable from edible gelatin.Taking candy as an example. Jelly, whipping agent, stabilizer, emulsifier, binder, and water-retaining agent can use gelatin. In addition, we can use it to produce soft candy, milk candy, meringue, marshmallow and other soft candy. Furthermore, gelatin has the effect of absorbing water and forming a skeleton. After water dissolve its particles, they attract and interweave each other to form a network structure. Moreover, condense as the temperature drops. After the gel pores completely fill by sugar and water, the soft candy is in a stable form. In this state, it is still stable under a large load.For another example, gelatin can combine with water to stabilize it in the manufacturing process of cream cheese, cottage cheese and spread cheese. Can control whey precipitation. The melting point of gelatin is close to human body temperature. Therefore, the product has a smooth and delicate mouthfeel, satisfactory flavor and sensory properties.In addition, gelatin has the function of preserving freshness. Gelatin with a concentration of 10% to 15% is used for protective coatings. It can against food from spoilage and oxidation. This coating is suitable for ham, sausage, fat and cheese. Coating gelatin on the surface of food has the following benefits:First, when two different foods are combined, edible gelatin can be coated to inhibit the browning reaction
Second, prevent food from absorbing moisture and becoming stiff
Third, make the surface of the food shiny and improve the appearance of the food
Fourth, improve the preservation of volatile food ingredients
Fifth, adjust the solubility
Sixth, preservation effect

The role and method of edible gelatin

Edible gelatin is a hydrolysate of collagen. The role and method of edible gelatin. It is a kind of fat-free high-protein, and does not contain cholesterol. It is a very good food thickener. Edible gelatin can be divided into four categories: photographic, edible, medicinal and industrial. As a manufacturer of edible gelatin, we will introduce […] 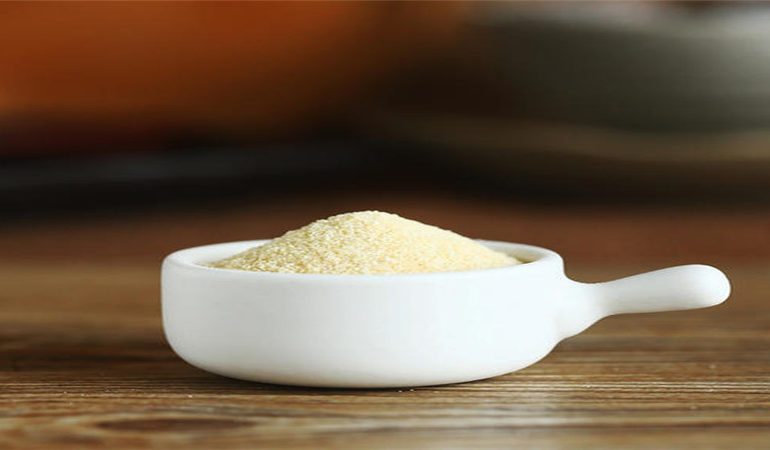 Gelatin is always use in our life. It have beef gelatin, pig gelatin and fish gelatin. Fish gelatin can use in food industry. Our company, huaxuan gelatin is gelatin wholesale company. Then we will introduce fish gelatin to you. What is fish gelatin? Fish skin is rich in collagen. You can extract protein from collagen […]

The use of edible gelatin in different applications