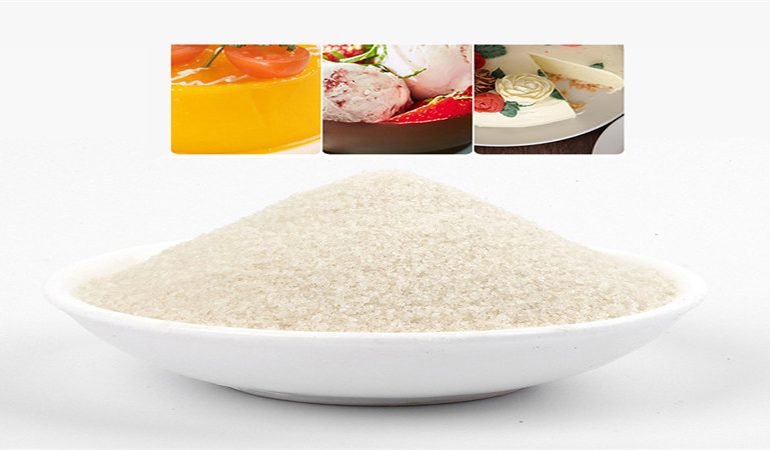 Make ice cream by gelatin can more delicate. Ice cream can use gelatin to change the shape of it. And the taste is very delicate and easy to digest, so it is very popular.

Flavored with whole fruit, puree, wine, spirits, cinnamon or mint, gelatin desserts are very delicate.
Add it to a delicious custard base and lighten it with whipped cream, egg white, or a combination of both. Gelatin gives shape and staying power to mousse, Bavarian cream and souffle.

Whether you plan to use gelatin or not, the key to a successful dessert is to add gelatin to other ingredients to get a smooth and soft effect. 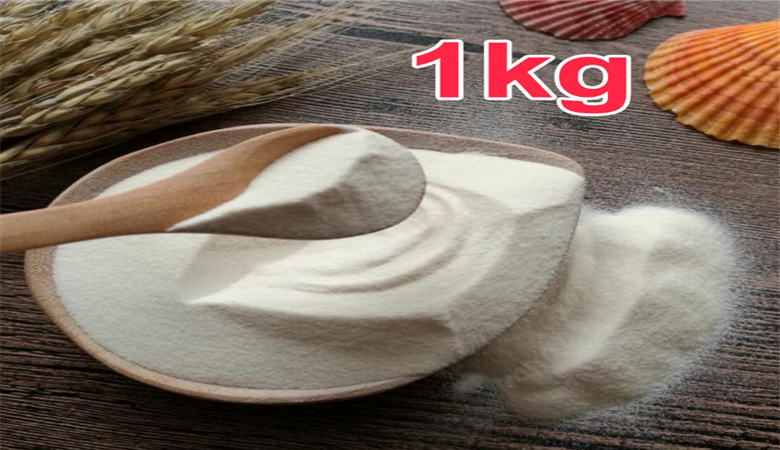 Powdered gelatin is easy to work with

Gelatin comes in powder and leaf (or flake) forms; they produce the same results. Most chefs use powdered gelatin because it is easy to obtain and easy to use. In Europe, the base of using gelatin film is very large. Some people claim that it is easier to measure, but requires more soaking time to release its gelling properties.

Make ice cream by gelatin. The amount of gelatin required depends on the formula we use. The perfect gelatin dessert is strong enough to maintain its shape. Soft enough to melt quickly on the tongue. Too much gelatin will make the dessert stiff and elastic; too little will cause the dessert to split and collapse. A pack of unflavored gelatin powder (approximately 1/4 ounce) will condense approximately 2 cups of liquid (one pack per pint). If you need a softer dessert, such as mousse, you can use up to 3 cups of liquid per pack.

Soften the gelatin before it melts

Make ice cream by gelatin. Using gelatin requires two steps: soften it in a cold liquid, and then heat the liquid to melt the gelatin. The initial softening helps the gelatin melt and dissolve smoothly.

The liquid used to soften the gelatin depends on your recipe. Many recipes require water, but usually juice, coffee, wine or spirits. The liquid then performs the dual task of softening the gelatin and providing flavor.

One way to melt and soften gelatin is to use a low heat in a pan. Just don’t let the mixture boil: intense heat will destroy the gelling properties. Then add melted gelatin according to the recipe instructions.

Alternatively, you can stir the softened gelatin directly into a warm mixture, such as cooking custard. It will melt and dissolve. Be sure to stir when the gelatin melts to prevent it from separating from the custard.

Make ice cream by gelatin. Gelatin solidifies quickly when it cools: remember this fact when you mix it with other ingredients. When adding melted gelatin to the flavor, it is best to keep the gelatin warm (especially when the flavor is cold), otherwise the gelatin will solidify into bunches when it touches the base.

If you add whipped cream or raw egg whites to the flavored gelatin mixture, it’s like adding mousse, Bavarian cream or souffle. When it feels cool and slightly thickened, the custard-gelatin mixture is cool in an ice bath. If the gelatin does not set, it will be too runny to mix easily with whipped cream. And if it is set too much, its hardness will prevent the cream from folding evenly. If the gelatin mixture sets too tightly before you are ready to add other ingredients, gently heat it to soften it.

Make ice cream by gelatin. Gelatin desserts are kept in the refrigerator for a while before being eaten. I find that six hours is usually enough to make the perfect frozen dessert. Don’t try to freeze desserts to speed up the process; frozen gelatin will separate when it is thawed.

After about 36 hours of refrigeration, the gelatin dessert will remain soft. After that, they will harden or lose some shape, so please plan to serve your desserts within one day after making them.

Make ice cream by gelatin cool the base on ice

Cool the gelatin base before adding whipped cream or egg whites. When the gelatin custard base has reached the consistency of unbeaten egg whites, add the whipped ingredients. Then the mixture is gently poured into the mold and cooled to solidify.

Make ice cream by gelatin ingredients to look at

If gelatin is combined with ingredients containing certain enzymes that destroy protein molecules, gelatin will not coagulate. Such as kiwi, papaya, pineapple, fig, honeydew and fresh ginger. Highly acidic fruits and liquids can also cause problems with gelatin tape, such as kiwi, papaya, pineapple, figs, honeydew, and fresh ginger. When using acidic juice or puree, fix the dessert may be need an extra pack of gelatin.

Previous
The advantage of gelatin wholesale

Next
How to use gelatin make candy