Halal gelatin is a kind of gelatin that complies with Islamic law, including the prohibition of using any pig products. The capsule is made of halal gelatin and auxiliary materials. It consists of two capsule shells, a cover and a body, and is mainly used to hold solid medicines. Such as homemade powder, health care products, medicines, etc., for users to solve the problem of bad taste, bad taste. In addition, the capsules can also be printed with text, trademarks and patterns, presenting a unique customized appearance.

Our advantage in halal gelatin

We are the manufacturer of halal gelatin capsules. We have a halal certificate, and the product safety and quality are guaranteed. Compared with animal gelatin, vegetarians prefer halal gelatin, such as Islam and other Middle Eastern countries.

Halal gelatin is mainly used in capsule production in the pharmaceutical industry. The main ingredients of soft capsules, two-piece hard capsules and enteric-coated capsules are gelatin. Halal gelatin is often used as a binder, humectant and coating agent in the production of tablets. Gelatin is lubricious and non-irritating, so it is the first choice as the basic ingredient of lozenges and lozenges. Gelatin is also considered to be an excellent stabilizer and emulsifier in pharmaceutical emulsion formulations. Gelatin can also be used in external medicine formulations to treat various skin diseases, and it can also be used as an adhesive to make the bandage adhere to the applied medicine tightly. Gelatin can also be applied to glycerin-based suppositories and as a carrier for certain dietary supplements.

Gelatin is derived from collagen. It is an insoluble fibrous protein that exists in vertebrates. It is an important part of connective tissue and bones. Gelatin is produced by hydrolysis of collagen. There are many types of gelatin products. Its composition is based on collagen. The source and the method of hydrolysis treatment vary.

At present, the main raw materials used in the production of Halal halal gelatin are beef bones and cowhide. The non-collagenous substances in the raw materials, such as inorganic substances (present in the bovine bone), fat and protein (present in the cowhide), are removed through a variety of treatment methods to prepare collagen for extraction.
• Bone—Fresh bone, also called raw bone or raw bone, is derived from the product of halal slaughter of cattle. During the process, it must be purified, defatted, dried, sieved, mashed (crushed to particles of 1 to 2 cm), etc. . The obtained granular bone is then treated with dilute hydrochloric acid to remove inorganic salts, and finally a sponge-like product, namely collagen, is obtained.
• Skins-derived from cowhide produced after halal slaughter, mainly leftovers (raw hides) after trimming in leather production. The cowhide fragments are dehaired with lime water or sulfide solution, and then loosened mechanically.

In the production of halal gelatin, both collagen and cowhide fragments need to be treated with alkaline chemicals for a long time at room temperature. The commonly used alkaline chemical is lime water. The lime water soaking time ranges from 8 to 12 weeks according to the pre-treatment conditions, the material difference of each batch and the size of the cowhide fragments. The soaking process can be controlled by adjusting the alkalinity of the lime water, and the termination time of the whole process is It can be judged by acid titration or small sample extraction experiment. Collagen takes longer to soak in lime water than sheepskin fragments. Lime should be added during the soaking process to maintain a relative excess to compensate for the consumed lime. After the soaking is completed, the intermediate product is thoroughly washed with cold water to remove excess lime, and then acidity adjustment and hot water extraction are required.

What is halal gelatin

Halal gelatin is a gelatin made from other sources that complies with Sharia law, which includes a ban on the use of any pig products. Halal gelatin is an important part of food and cosmetics. The halal market sells a variety of halal foods, including halal gelatin. When it comes to food that is acceptable or unacceptable for Muslims, two words appear repeatedly: halal and haram. Halal means legal “Haram” means banned. There are strict regulations on how to slaughter animals and what products cannot enter food. Gelatin is usually extracted from the bones and skin of pigs. The term refers to legal, which means that what is permitted by Islamic rules is halal. First, if gelatin uses pork bones, then it is automatically not halal. The second point may be more vague. Muslims are prohibited from eating carrion. If bones are not carrion, they must come from animals slaughtered according to Islamic law. Halal food must not contain any pork products. The halal status of gelatin is very important to Muslims because it is found in a large number of desserts and foods. Muslims must think twice when eating such foods, such as ice cream, cheesecake and parfait, unless they contain halal gelatin. The same is true for many cakes, chocolates, puddings and candies. The only way for Muslims to ensure that the product contains halal gelatin is to specially print the halal logo on the product. Muslims are convinced that gelatin is halal. The way to buy vegetarian-friendly gelatin. Many products have changed their production methods to use vegetarian-friendly gelatin to expand the appeal of the product without having to make major changes to the product itself. This means that dessert cheesecakes and ice creams for vegetarian lovers will contain halal gelatin. Another option is to buy gelatin from a specific halal gelatin manufacturer. These gelatins can be made from cows or plants that kill Allah and will not be contaminated by pork. Halal gelatin products are limited, but they are still being researched. Gelatin must be made from sources approved by Islamic law.

Gelatin is a traditional water-soluble functional protein, which has the ability to form a transparent gel under certain conditions. The main source of gelatin is pig skin, which is used in processed foods and pharmaceutical products. Although the incorporation of gelatin derived from pigs in food has attracted attention in the Muslim community, as in Islam; it is unacceptable and is called Haram in Islam.

However, in recent years, initiatives have been taken to produce halal gelatin from other animal sources such as fish, chicken, and cattle slaughter. Therefore, we have emphasized different sources and methods of alternative sources of gelatin for pigs to detect the content of edible products, pork or other things. This review may help provide information to large companies to minimize or, where possible, eliminate the use of porcine gelatin in commercial food and pharmaceutical products.

Gelatin is a high-molecular-weight fibrin, which is formed by thermal hydrolysis of collagen, which accounts for about 25-35% of the total body protein. It is the main protein connective tissue and is widely exist in mammals, birds and fish. Generally speaking, gelatin plays a vital role in food processing and formulation. Other functional properties of gelatin are foaming, emulsification, coagulation index and water retention. Gelatin has a wide range of commercial uses in food, medicine, cosmetics, and photography.

The main source of gelatin is pig skin, but other sources can also help meet the requirements for gelatin production. The content of pigs is 46% of the total output of gelatin and cowhide. Therefore, more attention has been paid to alternatives to porcine gelatin. Further discussing alternatives derived from porcine gelatin, fish gelatin still has a lower market share than bovine gelatin and porcine gelatin. However, a large number of scientific studies have shown that the film-forming properties of aquatic-derived gelatin are better than that of mammals. In addition, the low melting point isinglass has good food sensory properties release characteristics. Therefore, the extraction of gelatin from halal food has become an important issue. In contrast, gelatin from poultry, animals, and especially the sea can be accepted as halal food and may become a potential substitute for porcine gelatin.

The unique gelatinization, stability, healing, ointment, capsule and coating properties of gelatin make it the most widely used biodegradable compound in commercial food production, pharmaceutical and photographic industries. The transparent structure of halal gelatin proves its importance, especially in the food and pharmaceutical industries. In addition, it is reported that several tons of gelatin are used in candy, deserts, meat, ice cream and baked goods every year. In addition, gelatin can inhibit the recrystallization of lactose during cold storage. In the pharmaceutical industry, gelatin is needed to manufacture hard and soft capsule shells, tablets, granules and syrups because it is a natural coating material and is easy to digest.

According to reports, the gelatin used in the pharmaceutical industry accounts for about 6% of the total output of halal gelatin capsule. For the sports industry, gelatin plays an important role in the production of energy drinks for athletes and is an essential part of energy drinks. In photographic technology, it was originally used in 1871 as a preparation on a glass plate in a gel after coating with a photosensitive layer. The use of gelatin in the cosmetics industry is very important because it is commonly used in shampoo, lipstick, conditioner, cream and nail formulations. In addition, aquatic gelatin may be better suited to the halal market than mammal and pig gelatin.
Pigskin is currently the main source of gelatin production in the international market, but it has always been controversial among ethnic minorities such as Muslims and Jews. Therefore, we summarized different alternative sources of porcine gelatin, which have better gelatinization, oxidation resistance and functionality than porcine gelatin. In addition, we have listed the market data of some major Islamic countries, which shows that all these countries can produce a large amount of halal gelatin and can make their own gelatin sufficient.

The use of halal gelatin in cosmetics, medicine, diet, and treatment

Different types of gelatin have different medical uses. For example, absorbent gelatin sponge can be used to stop bleeding, and gelatin powder can be used as dusting powder on medical gloves. This is because gelatin is compatible with the metabolic processes of the body, and it does not bring complications to open wounds. Gelatin is also a very good dietary and therapeutic aid to prevent obesity. Low-sugar gelatin desserts consume more calories in the digestion process of the human body than their own calories.

A proper amount of gelatin can be used as a protein source for nutritional disorders improving food or baby food. In addition, gelatin can also be used to treat dyspepsia, peptic ulcers, muscle disorders, fragile nails and other diseases. Gelatin is also often used as a plasma solubilizer for the treatment of shock. The medical and pharmaceutical industries should start to consider using halal gelatin instead of general gelatin to meet the market needs of Muslim consumers. Halal gelatin has the same functional characteristics as ordinary gelatin, but its production cost will be slightly higher, but halal gelatin can open up many new market shares for the product. 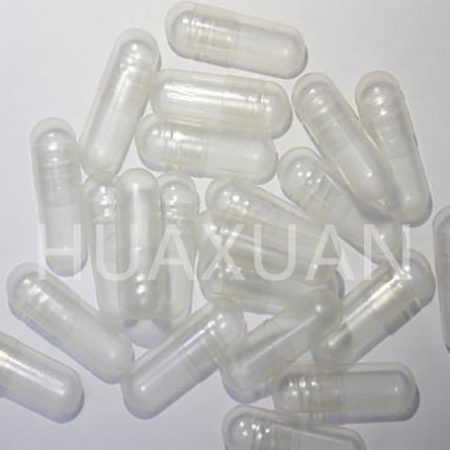 Capsules is very important in our life. We will use it frequently. 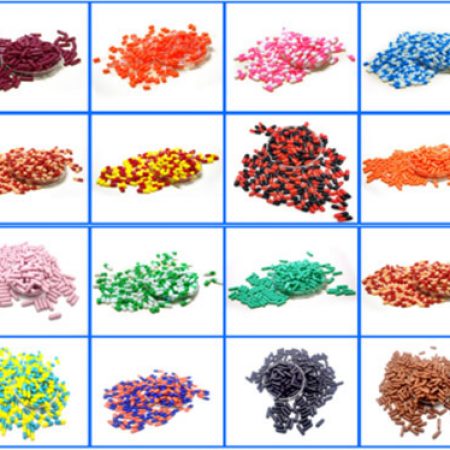 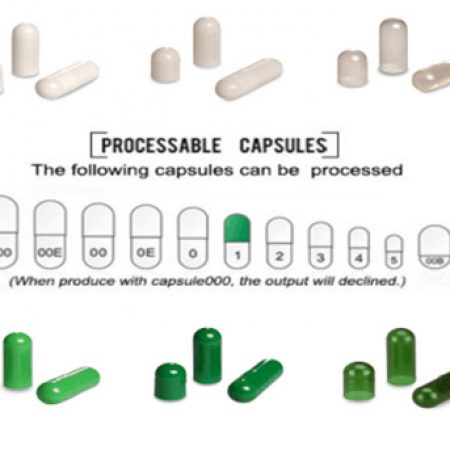 We supply the animal gelatin capsules with harmless food-grade ingredients. 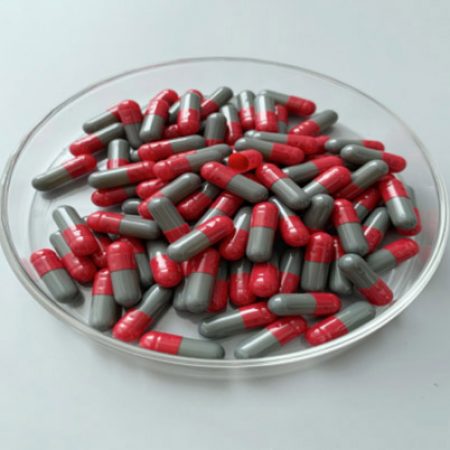