Compared with animal capsules, plant capsules are more and more popular. Plant capsules are also called vegetarian capsules, because they are very suitable for health products that emphasize pure natural plant and herbal raw materials. They complement the health concept of health food appeals and are also the best choice for vegetarians. 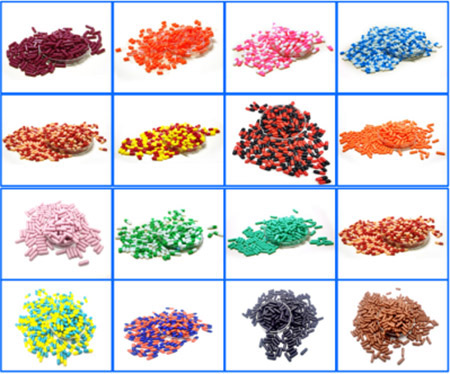 Plant capsules are empty capsules made of plant cellulose or water-soluble polysaccharides. It retains all the advantages of standard hollow capsules: easy to take, effective in hiding taste and smell, and transparent and visible contents. With the popularity of vegetarianism, the animal protein contained in animal gelatin capsules has gradually been resisted by vegetarians and certain religious and ethnic people who have special requirements for food. The return of plant capsules conforms to the historical trend. From the pharmaceutical industry, plant capsules have the following three advantages, which are not available in tablets and animal gelatin capsules:

1. Plant capsules have the thought of green and environmental protection

Many plant gums are extracted by physical extraction methods, which are extracted from marine and terrestrial plants, and will not produce rotten stench, also greatly reduce the amount of water used, and reduce environmental pollution. In the production process of capsules, there is absolutely no environmental pollution. Compared with the waste produced by gelatin capsules, the production process of vegetable capsules is almost “zero emission”.

Large international companies all adopt plant capsules. The United States FDA (Food and Drug Administration) proposed that the future will gradually adopt vegetable capsules, completely out of gelatin capsules. Feng Guoping, former deputy director of the Drug Registration Department of the State Food and Drug Administration, said: “The way and possibility of artificial contamination of plant capsules is small, so it is the fundamental way to replace animal capsules with plant capsules. To tackle chronic diseases caused by capsule contamination.”

With the improvement of people’s health awareness, the development of vegetarianism and the influence of religion and other factors, gelatin capsules extracted from animal bones are also prone to be rejected by the dietary habits prescribed by different ethnic and religious beliefs. Plant capsules are all natural and plant-based. Plant-based capsule products will become the dominant direction of capsule product development, will be recognized by different cultures, ethnic groups and religions. The products are certified by HALAL, KOSHER and The Vegetarian Society for their pure plant-based properties.

2. Exploratory experiment of film formation of capsules. The film formation experiment is a basic experiment for making medical capsules. The steps are: first disperse the modified gluten protein into a buffer solution with a certain pH, and then add 30% plasticizer to mix Evenly, keep in 40℃ water bath for 30min, degas under reduced pressure for 10min, and finally
Pour a certain volume of mixed solution into the plastic tray and place it in an oven at 60℃
Dry for 25h in the middle to form a film. Remove the capsule film from the plastic tray and place it in a desiccator with a relative humidity of 20% for equilibrium drying for later use.

4. Determination of the water absorption of the capsule film Weigh a certain amount of the balanced and dried capsule film, place it in a desiccator with a relative humidity of 60%, and take it out at regular intervals to determine its water content using the loss-on-drying method.

Plant capsules are not easy to breed bacteria

Commonly used ordinary capsules, the capsule shell is basically composed of gelatin, glycerin and water (so it is also called gelatin capsule, the same below). Gelatin is generally made by hydrolysis of collagen in animal skin, tendons, and bones, and is a protein substance. That is to say, ordinary capsules are mainly made of animal protein. But the problem is that animal protein has always maintained an intimate relationship with bacteria, which are easy to breed. If not handled properly, the bacteria can exceed their limits. This is not the case for vegetable capsules. Because its main raw material is plant cellulose (2-hydroxypropyl methyl cellulose). It’s a natural polymer that has a history of being “incompatible” with bacteria. Not only is it hard to breed bacteria, but it inhibits their growth. Putting Ganoderma lucidum spore powder into a plant capsule shell is like putting a newborn baby into a sterile room in a hospital. There is nothing to worry about.

Plant capsules do not contain preservatives

As mentioned above, gelatin capsules are prone to bacteria. Therefore, in order to prevent the growth of bacteria and microorganisms during the production process, manufacturers often add preservatives. This is not the end. After gelatin capsule production is completed, sterilization treatment must be carried out according to regulations. Gelatin capsules are now almost always sterilized with a gas called ethylene oxide, a toxic carcinogen. After such disinfection, if not careful, the gas can remain in the capsule shell. On the other hand, plant capsules do not need to be sterilized with ethylene oxide and do not need to add any preservatives because they are not easy to breed bacteria. Therefore, plant capsules are both green and healthy.

Comparison of heavy metals between plant capsules and ordinary capsules

The plant capsule is just like its name. Its raw materials are extracted from plants, so heavy metals will not exceed the standard.
Comparison of sealing performance between vegetable capsules and ordinary capsules
There is no doubt about this. Because the main ingredient of the gelatin capsule is animal protein, the nature of its raw material determines its strong air permeability. If you use ordinary capsules. The powder inside is easily affected by moisture and microorganisms in the air.
On the other hand, plant capsules have a tight molecular structure and strong airtightness.
Of course, the advantages of plant capsules are not limited to the above. For example, in the production process, energy saving and environmental protection are less pollution; after consumption, the disintegration is faster, and the nutrients can be absorbed earlier; after disintegration, the composition of the plant capsule-plant fiber Vegetarian is not absorbed by the human body and will be directly excreted; it can also meet the needs of vegetarians and people who believe in Islam; it has lower water content and is easier to store.

Vegetable capsules are made of different materials from ordinary capsules

Vegetable capsules are soft and hard capsules made from plant extracts such as cassava starch, glycerin and purified water.

Gelatin is the main ingredient of animal-derived capsules. Gelatin is a soft and hard capsule made by denaturing and degrading collagen from the bones and skins of animals such as pigs, cattle, and sheep.

The storage conditions of vegetable capsules are different from ordinary capsules

In terms of storage conditions, plant capsules are almost non-brittle under low humidity conditions, and the performance of capsule shell is still stable under high temperature and high humidity. The indexes of plant capsules were not affected under extreme storage conditions.
Ordinary capsules tend to stick to capsules at high humidity, harden or become brittle at low humidity, and are highly dependent on the temperature, humidity and packaging materials of the storage environment.

Plant capsules, taking starch plant capsules as an example, from cassava planting to cassava starch extraction, and then processed to capsules, the raw materials are natural and simple, the production process is pollution-free, does not contain animal sources, no preservatives, and no fungicides (ethylene oxide) ), no chemical additives;

Ordinary capsules are mainly made of protein, so they are prone to bacteria and microorganisms. Preservatives need to be added during the production process, and the finished products need to be sterilized by using ethylene oxide and other methods before packaging to ensure the microbial control indicators of the capsules.
The characteristics of plant capsules are different from ordinary capsules
Due to its plant inertia, plant capsules are more suitable for packaging fish oil, plant extracts and other easily oxidized nutrients, which helps to protect the nutritional activity of the contents.

After ordinary capsules are stored for a certain period of time in an environment of 40℃ and 75% relative humidity, they will undergo cross-linking reaction, which will cause the gelatin capsules to burst and disintegrate or prolong the disintegration time.

The outer garment of plant capsule comes from pure natural plant cellulose, which does not breed bacteria, has low heavy metal content and generally has no peculiar smell. However, when powder is canned, it can be affected by the filling process, so it can produce an odor that varies from person to person.

The capsule’s main function is to insulate the powder from irritation. The coating on the capsule should also be odorless. As plant natural cellulose extract, plant hollow capsule tasteless, non-toxic, no irritation. 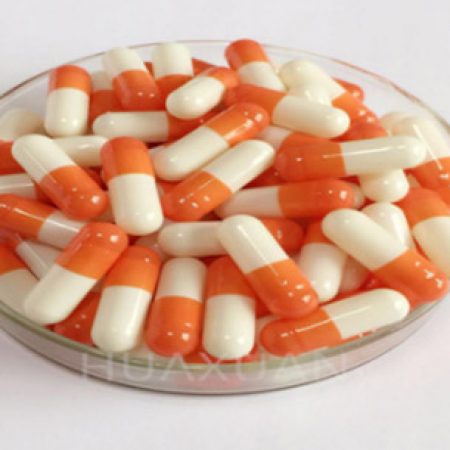 Enteric-coated hollow capsules is good to our body. 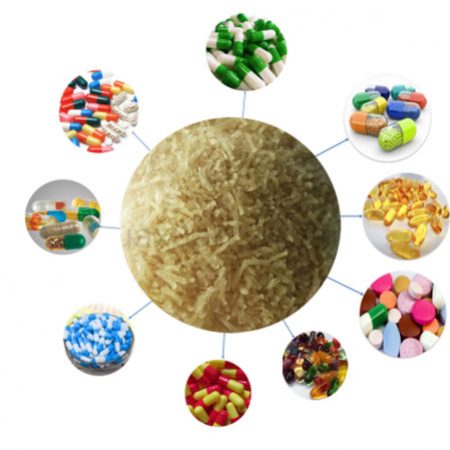 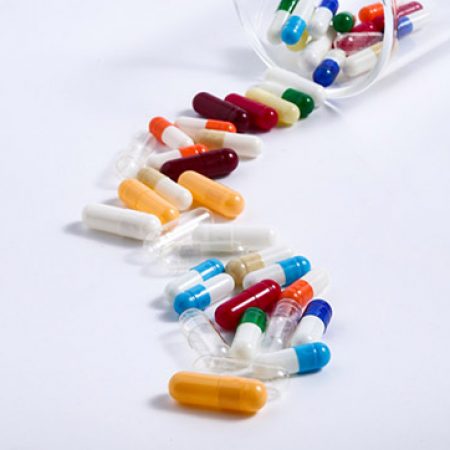 Most capsules are made from gelatin. Gelatin is used in many foods 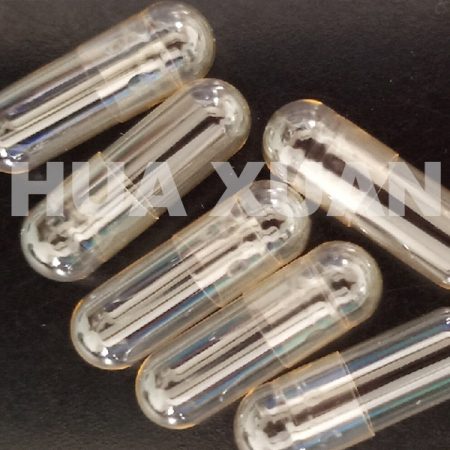 Quality of our hard transparent capsule could be more guaranteed.